It is clear that, in the long term, interventions will require the consent of the “hosts”, however “all necessary measures” must be taken to include the creation of a climate of consent, whether by carrot or stick; consent may and sometimes must be induced. There is thus a requirement for muscular peacekeeping, and many occasions when nothing less will do. When peace descends, it is to be treated with respect, hence our logo (for which many thanks to Jason), which shows a hawk with an olive branch, and our motto: 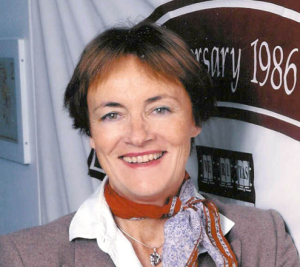 Ingrid A. Lehmann is the author of Peacekeeping and Public Information: Caught in the Crossfire (London: Cass, 1999) and many articles on issues of international political communication. She is a practitioner who worked in the United Nations Secretariat for over twenty-five years, including service in the Department of Public Information and in two UN peacekeeping missions. Ingrid has an MA in history from the University of Minnesota and an MA and a doctorate in political science from the University of Berlin. In 1993–94 she was a fellow at the Center for International Affairs at Harvard University; in 1996–97 she was a researcher at Yale University’s UN Studies Program; and in 2004 she was a fellow at Harvard University’s Shorenstein Center on the Press, Politics, and Public Policy. Ingrid now lives near Salzburg, Austria, where she has been teaching in the Department of Communication Science of the University of Salzburg. 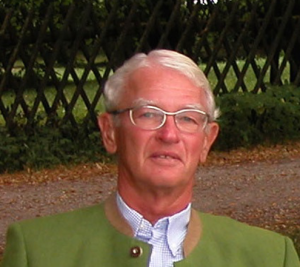 Jamie Arbuckle is a Canadian but, like a lot of Canadians, he wasn’t born there. He was born in Dayton, Ohio, the result of an earlier Dayton Agreement. At 18 he immigrated to Canada and joined the Black Watch, as a private. Three years later, having become a Canadian citizen, he was commissioned a 2Lt in The Royal Canadian Regiment. He retired from the Canadian Army in 1995. In his 36 years in the Army, he served in airborne, mechanized and light infantry units. He served 12 years with Canada’s NATO Brigade in Germany, including two postings with the Bundeswehr. As a peacekeeper, he served three tours with the United Nations Forces in Cyprus (UNFICYP), and with UNPROFOR in Bosnia, Serbia and Croatia in 1992.
Jamie was a member of the Faculty of the Lester B. Pearson Canadian International Peacekeeping Training Centre in Nova Scotia from 1995 – 1999. From 1999 to 2003, he was a member of the Capacity Building and Training Section of the OSCE in Vienna. He was in that period principally responsible for assisting in the design and delivery of the New Member Induction Programme for the OSCE. He also delivered seminars on Conflict Management for the OSCE Secretariat in Vienna and for missions in Croatia, Kosovo, Bosnia and Albania, as well as at the Austrian Peace Support Command, the German Foreign Ministry Training Centre in Bonn and at York University in the UK.
Jamie has written several articles on military issues for professional publications, and a book entitled The Level Killing Fields of Yugoslavia: An Observer Returns, published by the Pearson Press in 1999. He was the English copy editor for the Concise Encyclopedia of the United Nations, published by Kluwer Law International in 2002. His book on the military role in humanitarian operations, entitled Military Forces in Twenty-first Century Peace Operations: No Job for a Soldier?, was published by Routledge /Taylor and Francis in 2006.
Jamie lives in the Salzkammergut in Austria.

The Canadian International Institute for Applied Negotiations (www.ciian.org)
Founded as an NGO in 1992, the Canadian International Institute of Applied Negotiation (CIIAN) is dedicated to the prevention and resolution of destructive conflict and to building sustainable peace at local, national, and international levels.
The Academic Council on the United Nations  (www.acuns.org)
ACUNS is a global professional association of educational and research institutions, individual scholars, and practitioners active in the work and study of the United Nations, multilateral relations, global governance, and international cooperation. We promote teaching on these topics, as well as dialogue and mutual understanding across and between academics, practitioners, civil society and students.